A travel memoir which one the Amazon Kindle Storyteller award - will it inspire you to take on your next adventure? 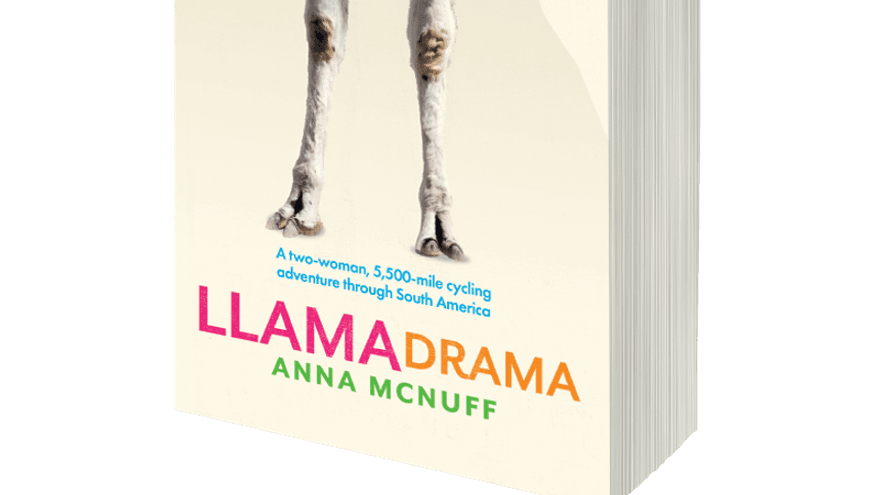 We sent a copy of Anna McNuff's Llama Drama to regular contributor Natasha Sones to review. Read some of Natasha's top tips for adventure here:

When I was sent this cool adventure book to review from the Outside And Active, I was over the moon. The travel memoir, which won the Amazon Kindle Storyteller award, is written by adventurer and author Anna McNuff - such an inspirational lady who has run through Britain in her bare feet, cycled through every state of the USA, run the length of Hadrian’s wall dressed as a Roman Soldier, and the length of the Jurassic Coast, dressed as a dinosaur!

These are just some of her adventures so I was eager to read her exploits in South America. A two-woman, 5,500-mile cycling adventure sounded like the perfect escape to read about as it was the furthest thing away from something I would like to try! But surprisingly by the end of the book I found myself thinking wistfully how I wished I could take six months off and find a cycling partner...!

As you would expect from such an adventurous escapade, there were multiple things which went wrong. From being attacked by ants in the tent to being stung by a scorpion, not to mention dealing with dog bites and gastroenteritis. But what shines through the entirety of the book is the rapport and friendship of Anna and her travelling companion Faye Shepherd (who she affectionately calls Faye-Bomb). Anna says herself that she has tried to be honest in the book and not romanticise it too much, so she describes the arguments they have on the road and how they overcame them. She really describes the relationship between the two women and the difficulty of having only each other to rely on. Anna says in the book, "It's hard to explain the kind of relationship that develops through that level of intensity." Their closeness shines through Anna's writing.

One of my favourite parts of the book was the naked cycling on the salt flats of Bolivia! I won't spoil the book if you haven't read it but trust me it's a highlight.

The feeling of freedom and adventure is so evident in the book. I loved, for example, the the description of riding the switchbacks on the way to Santiago and the pure exhilaration they felt doing it.

It made me want to cycle 5,500 miles through South America and I barely ride!

As well as the friendship, the other 'character' in the book was nature. Anna's description of the beautiful scenery and landscapes really made me want to experience it myself. The heat of the Yungas jungle, the thrill of riding down Death Road, the salt flats and the majestic, beautiful mountains. The parts about wild swimming made me very jealous as I'm a swimmer and that would really appeal to me. There is also a very amusing part about being starving hungry and the stove not working so they used a tampon to light a fire. Note to self for camping, carry emergency supplies of tampons.

As well as this there are animals they encounter along the way. Including seeing llamas and flying Andean flamingos, tarantulas, condors and Patagonian cavies. Of course there was some downsides to the creatures; bugs bites, dog bites, scorpion stings and more!

The weather also features a lot. I really resonated with Anna liking the extreme weather, which included storms, sub zero temperatures, 40 degree heat and 50mph crosswinds. She says, “Just like with the lightning storms and altitude, there was something about the extreme conditions that reminded me I was alive. To be out there in nature, and so connected to it, was addictive.” I just love this as I am the same.

In conclusion both Anna and Faye are bad-asses. Anyone who can cycle 5,539 miles through 3 countries, making 10 border crossings and 107,753 m of ascent through the Andean mountains is officially amazing.

Anna McNuff is an adventurer, speaker, author and self-confessed mischief maker. Named by The Guardian as one of the top female adventurers of our time, Condé Nast Traveller included her in a list of the 50 most influential travellers in the world. She is also the UK ambassador for Girl Guiding.

Anna's travels include cycling through each and every state of the USA, running the length of New Zealand, exploring The Andes mountains on a bicycle. She is best known for an adventure in which she set off to run – a 2,300+ miles (90 marathons) run through Britain… in her bare feet. All the way along, she gave talks to the young women of Britain about taking on challenges of their own. She has also spent a month cycling across Europe directed entirely by social media, run the length of Hadrian’s wall dressed as a Roman Soldier, and the length of the Jurassic Coast, dressed as a dinosaur. As you do.

You can buy Llama Drama by Anna McNuff from the Outside And Active shop here. Whether you want to get a new running top or inspirational adventure book, if you love being active check out the shop. It offers a curated selection of their favourite books from adventurers, runners and explorers for you to enjoy.

Natasha Sones has an outside family adventure travel blog: www.natashasoneseditorial.com/blog. With three children, three dogs and a husband she enjoys days out, holidays, camping, walking, paddleboarding, kayaking, stargazing and much more! Follow her blog or her Instagram account: @natashastarseeker if you love family lifestyle articles. 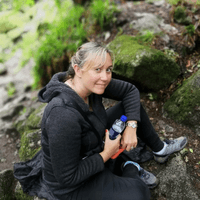 I have an outdoor adventures blog. Having three children, I am particularly interested in getting outside with my family. I aim to make every day an adventure, especially with my children, husband, dogs and friends. From exploring new cities to being in our campervan with the dogs, we like an adventure. We live near the sea and forest and explore every day.

Most recent articles by Natasha Sones

Protesting against sewage in our waters – time for change

For many people, outdoor adventures often include water. But our rivers and seas have hit the headlines recently for their poor state. Sewage pollution plagues the rivers and ocean. So what is the problem and what can we do about it?

Top tips for camping without a tent

With record-breaking temperatures for the UK recently, this is a perfect opportunity to spend the night out in the wild. If you want a trip where you don’t have to carry your own tent or don’t have the funds for a tent, take a look at these 5 ideas for sleeping outside without a tent.