In 2 months time, Dom will be taking on his first ultra marathon, running 50 miles from Glasgow to Edinburgh. Having never run further than a marathon distance before, take a dive into his preparation and mindset, you never know, you might be able to learn… or even help! 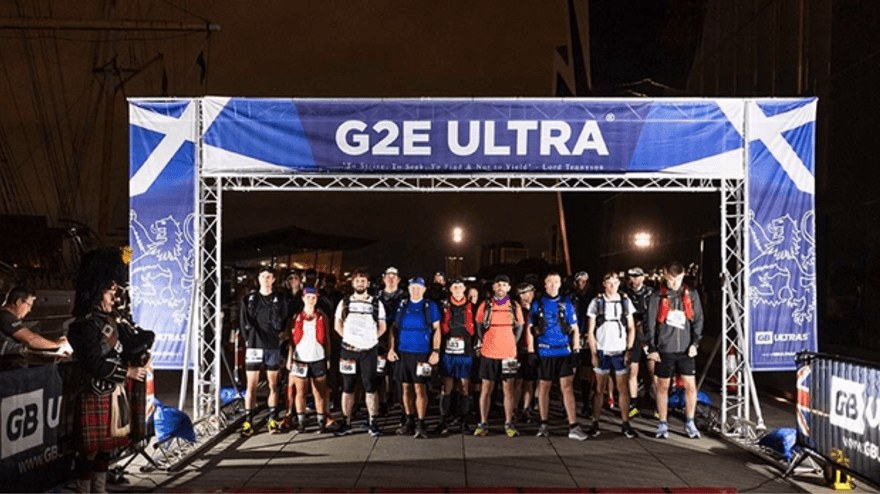 How have I ended up running an ultramarathon?

I never thought I would be the kind of person who would want to run an ultramarathon, or even dive into the world of ultrarunning. But when Raccoon Events CEO, Mike Seaman, signed me up for the 50-mile race from Glasgow to Edinburgh -which takes place in October - I suddenly found myself with the urge to go for it. Ultrarunning had always seemed like such a daunting challenge. To be honest, before I began my running journey, a marathon distance seemed too far away for me to consider, but suddenly it felt like the perfect way to push my limits.

I signed up for this event back in January at the National Running Show in Birmingham, and at that point it seemed so long away that I could just park it and worry about it later in the year. Well… here we are… later in the year… and feeling no more confident with just two months to go until I arrive at the start line.

Okay, I may be over-exaggerating, but it is still quite a daunting experience knowing that you will be running 50 miles in around 2 months’ time.

I have run a few half marathon distances, a couple of marathons and plenty of 5km runs. However, I have never taken a step towards ultrarunning, which challenges you far more than any of the popular race distances previously mentioned, do. Having seen and covered many ultramarathon events for my job, I can see the effort and anticipation that goes into each of these ultra-running events.

Just how far is a 50 mile running event?

Most importantly for me, it is the distance from Glasgow to Edinburgh, and exactly how far I plan to be running in October.

50 miles equals around 80km, which means if you headed down to your local parkrun on a Saturday morning, it means that you would have to run around that course 16 times to complete 50 miles.

Let's look at some more comparisons. The island of Guernsey, located off the south coast of England, is just short of 10 miles, meaning that if you ran from end to end 5 times, you'd almost be at the distance of the race.

To add more pressure to myself, the average time it takes to complete a 50 mile race distance is about 10 hours. Meaning I would need to run an average of 12 minute miles to reach that goal. 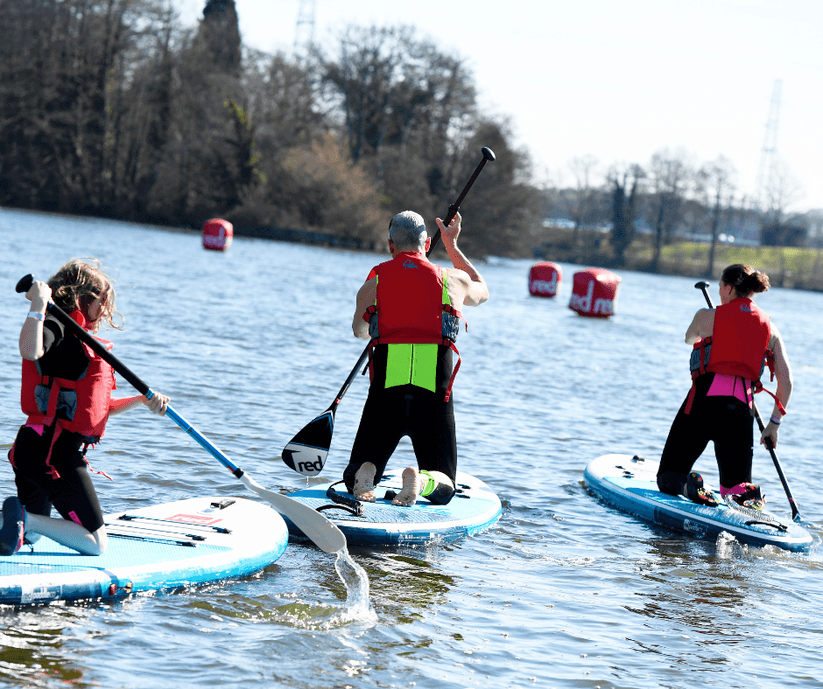 So, the key question is how have I been preparing for this ultramarathon event? I wish I could say I have been following a running plan from the internet that details every bit of training I do per week to gradually build up the miles and strength in my legs to be able to confidently take to the start line. Unfortunately, if I said this then I would be lying.

However, I am very fortunate that working on The National Running Show means I have had access to some of the best ultra runners in the world. At the show in January, I was able to sit down and interview ultrarunning legend, Scott Jurek. I took advantage of this interview by asking him for any tips, tricks, and advice for my first ultra marathon event. You can check out the full podcast interview here, you may be able to pick up some advice for yourself!

Alongside gathering advice and information from some of the best ultra runners in the world, I have also been preparing my body and mind to be able to complete the 50-mile race. Hitting the gym 3 times a week has allowed me to build my strength and improve some key exercises which aid long distance running, such as deadlifts, squats and Romanian deadlifts. I am hoping that by building the strength in my body, it allows me to push further when times get tough during the race.

I have also been watching some ultra running documentaries. Barkley Marathon films always fill me with motivation and adrenaline, but it was the documentary about Iwan Thomas running the South downs way which really made me believe that I could complete this race distance. You can watch the full documentary here.

Keeping myself incredibly active is another way in which I have been training. Playing sport 3-4 times a week keeps my legs moving and improves my general fitness. Cricket and Football are the main sports but I also try and run a couple of 5km distances during the week whilst endeavouring to run a longer distance every other distance.

A huge part of this race is going to be how I battle against the demons in my head that will be telling me to stop. Everyone talks about the 'wall' that’s hits people during a marathon. Well, if you double the distance you're also doubling the amount of figurative walls that you are going to hit. The best advice that I have been given is to make sure I am running the race for something other than personal pride, such as a charity or fundraiser. This means that when you hit those dark times in the race, you have something other than self-will to pull you through. 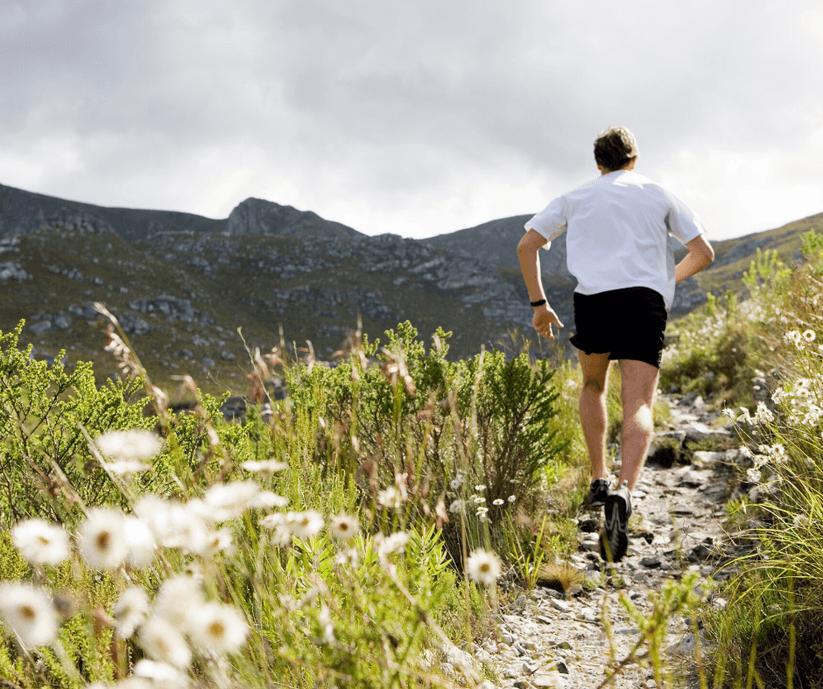 What are some key tips for running an ultra marathon?

I am no running expert, but I have searched the internet and centralised some of the key running tips that may help you if you are also planning to run your first ultramarathon event. Take a look at this comprehensive list and see what you can implement into your training.

1. Train smart. An ultramarathon is a big undertaking, so it's important to train properly. Make sure you build up your mileage slowly and give yourself plenty of time to train. Also try and practice on similar and difficult terrain to what you might face during the race. Find some off road routes near where you live and give them a go.

2. Pace yourself. An ultramarathon is not a sprint, so it's important to pace yourself accordingly. ultrarunning is all about conserving your energy and making sure you finish strong. I have learnt from the running community that if you set off too fast then you often set yourself up for failure later down the line.

3. Fuel up properly. An ultrarunner needs to consume more calories than the average person, so make sure you're properly fuelled for your race. Eating a nutritious diet and carrying energy gels or bars with you on the course will help you keep your energy up. I am a massive foodie and often get very hungry after running, so this will be a testing experience for me to make sure I keep my nutrition right.

4. Stay hydrated. ultrarunning takes a lot out of your body, so it's important to stay hydrated during and after the race. Be sure to drink plenty of fluids and replenish any electrolytes you lose during the race. During the race, there will be checkpoint breaks allowing you refill your water and take on some food if you are hungry.

5. Listen to your body. ultrarunning can be tough on your body, so it's important to listen to your body and take care of yourself. If you're feeling tired or sore, slow down or take a break. And be sure to see a doctor if you have any injuries.

Hopefully you have taken something from this post, whether you are an experienced ultra runner or someone who is just dipping their toe in for the first time!