Ultrarunner Scott Jurek talks to us about how he got into running and how you could too!

On this episode of the Outside & Active Podcast, we talk Ultrarunner Scott Jurek on his first trip back to the UK in 4/5 years.

An idol of many, especially in the trail and ultra running community, we find out how Scott got into running, what motivates him and what’s next for him.

It was really interesting to find out more about even at the elite level, for Scott as well as how running has become more inclusive for every ability. Growing up hunting and fishing, we also find out more about Scott’s motivation and to vegetarianism and then on to being vegan and how this has impacted his running. 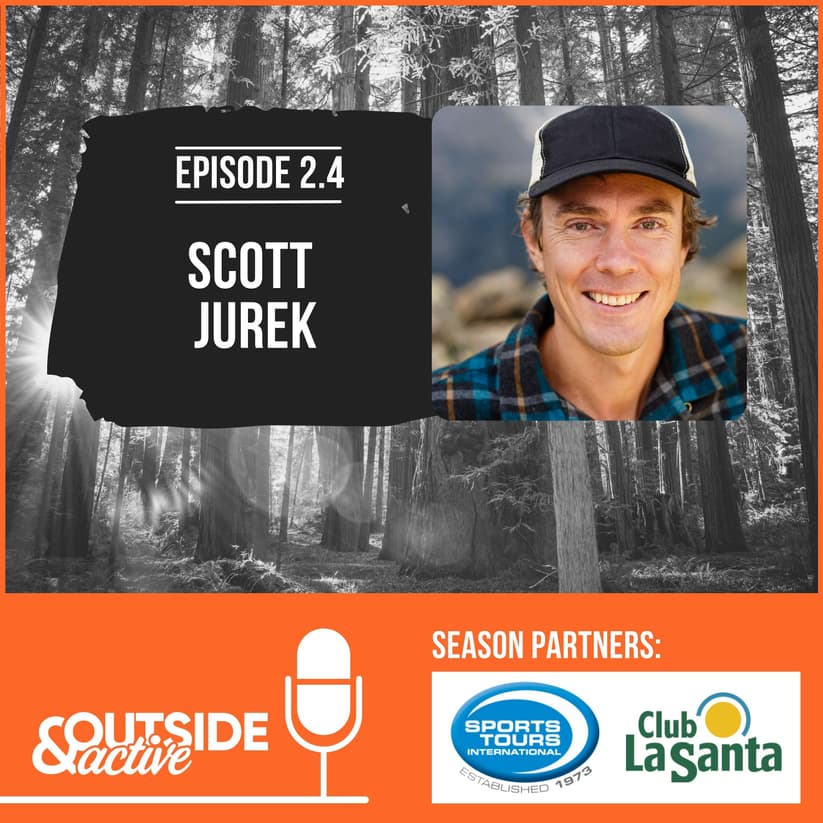 Named one of the greatest runners of all time, Scott Jurek has become a living legend.

He has claimed victories in nearly all of ultrarunning’s elite trail and road events including the historic 153-mile Spartathlon, the Hardrock 100, the Badwater 135-Mile Ultramarathon, and—his signature race—the Western States 100-Mile Endurance Run, which he won a record seven straight times. Scott has also taken the running world by storm with his 2015 Appalachian Trail speed record, averaging nearly 50 miles a day over 46 days—and the United States all-surface record in the 24-Hour Run with 165.7 miles: 6.5 marathons in one day.

Off the trail, Scott is also a New York Times-bestselling author. His memoir Eat & Run, has been prominently featured in countless publications, and Scott is currently promoting his latest effort North, which documents his record breaking Appalachian Trail run.

More than just a champion, Scott is a true student and ambassador of the sport, known to stay at finish lines cheering until the last runner crosses. When not racing, he donates his time to many non profit organizations and is an avid volunteer in the areas of environmental conservation, fitness and health.

A passionate advocate for vegetarianism, he follows a 100% plant-based diet, which he credits for his endurance, recovery and consistent twenty year racing career. He believes that everyone can run an ultra and everyone can access their body’s innate capacity to heal. Through writing, public speaking, and consulting, Scott takes joy in encouraging people of all fitness levels to take the next step toward vibrant health.