This week on the Outside & Active Podcast, we are joined by Harrison Ward AKA the Fell Foodie. Dom talks to Harrison about his love for nature and cooking in the outdoors, as well as the struggles he experienced earlier in life which eventually lead him to the path he is on today. 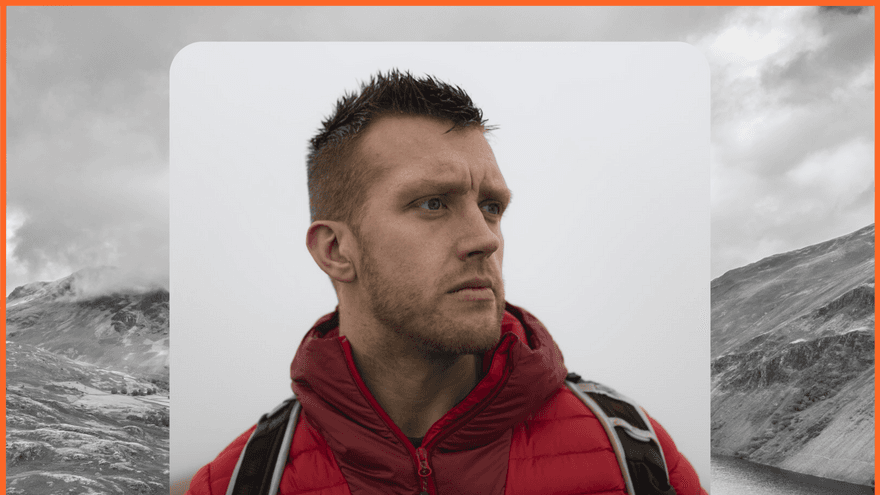 This week on the Outside & Active Podcast Dom speaks to Harrison Ward, otherwise known as the Fell Foodie

Harrison Ward is a proud Cumbrian who has turned the mountainous landscape he calls home into his kitchen. After discovering a passion for hiking in 2016 following a drastic life change, it wasn’t long before a lifetime love of cooking was merged with this new vice. These days he can often be found creating delicious, restaurant style meals on minimal camping equipment up in the hills or voicing his struggles with mental health and alcoholism on various platforms and stages.

What does Fell Foodie mean?

Fell – from Old Norse; Fell and Fjall. Originally referred to an area of uncultivated high ground but now more often used as reference to the mountains and hills of the Lake District.

Foodie – somebody who loves food in many formats and variations. An enthusiast with a passion for all things culinary. Slightly less pretentious term for a gourmet or gastronome.

Being a proud Cumbrian and a food fanatic, it seemed fitting to merge the two!

Where can I find Fell Foodie?

Harrison has been invited to speak at various organizations, including Volvo, JLL, Natural England, VivoBarefoot and many secondary schools. He has also been invited to demonstrate his love of outdoor cooking at dozens of festivals and events, including Kendal Mountain Festival, The Big Retreat, Alpkit Big Shakeout, Red Paddle Ride Out, Keswick Mountain Festival and Ritchie Norton’s AdaptXplore.

In this podcast episode, Harrison speaks extremely openly about his battles with mental health after turning to alcohol during his time at York University, as well as the domino effect which lead to the sudden breakdown of a relationship - ultimately proving as a turning point in his life. This cathartic turnaround began the journey he finds himself on today, where Harrison treasures each day and can often be found walking up and cooking on the Fells around the Lake District.

He uses his experiences to help others who may be going through difficult times, whilst cooking some seriously delicious food!

A warning that this podcast features the topic of suicide and suicidal thoughts.

This weeks episode partner is The National Outdoor Expo, one of the biggest community meet-ups of the year, bringing together inspirational speakers, cutting-edge technologies and the best in gear, all under one roof.

Tickets for the second ever show will be released on Wednesday 21st September, 6 months out from the show next March. To see the full list of speakers, brands and activities so far, you can head to the website here. On the website you can also subscribe to the newsletter so you can be alerted as soon as tickets to the expo are released.

Most recent articles in CAMPING

Get your camping fix with Jamie Ramsay, an award-winning endurance adventure athlete.

10 Top Tips for Camping with a Toddler

If you're a business owner, chances are you have to be creative when taking time off from work. Even then, you'll still need to be semi-present to keep tabs on what's going on — even when camping. Here's what to do to ensure that there are no major issues while you're away.