Why the National Running Show is for everyone

If I could go back and tell my PE dodging 16 year old self that one day I’d be excited about a six hour round trip to go to a an exhibition that’s all about running I’m pretty sure she would laugh, splutter & nearly choke on her WKD blue! But here I am… 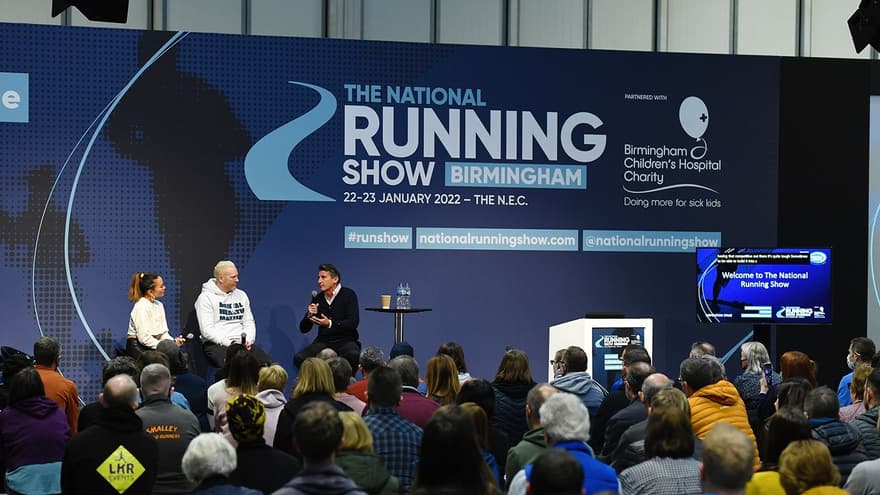 Why the National Running Show is for ALL RUNNERS!

If I could go back and tell my PE dodging 16 year old self that one day I’d be excited about a six hour round trip to go to a an exhibition that’s all about running I’m pretty sure she would laugh, splutter & nearly choke on her WKD blue! But here I am…a middle-aged-mother-runner who was late to the running party and someone who is now a huge fan of the National Running Show!

I always thought runners were a bit mad! What on earth are they doing out in the cold when they could be inside on the sofa in the warm. But after starting Couch to 5k several years ago (a programme I started because I was too cheap to join a gym) I now totally get it! I have my trainer-clad-feet planted firmly on the dark side – I am a runner!

Now here’s the thing… I’m not fast and I never will be! I don’t get to run as often as I’d like or maybe go as far as I should but it gives me something that I never had before, a sense of achievement and it works wonders for my mental health! It has also led me to some of the most supportive people in the world – runners are awesome, and the running community has made such a difference to my life! So, what could be better than an event full of these fabulous people? Somewhere jam-packed full of all the latest kit and gadgets to take on your adventures! I know there are people out there who may think the running show isn’t for them, that they aren’t a ‘serious’ enough runner but that couldn’t be further from the truth! If you lace up your trainers and go running, you are a runner and the National Running Show is totally FOR YOU and here’s why:

The National Running Show has become one of my favourite trips each year, I’ve been inspired, I’ve found things to help me with my running and I’ve met some of the most amazing people (including Laz Lake while he was outside having a cigarette – if you don’t know who his is definitely look him up – the man is a legend!). The vibe is friendly and welcoming and there’s so much to see! As I’ve already mentioned there’s some great kit to buy… but there’s also other cool stuff too! This year I came away with a box of the most delicious brownies I’ve ever seen in my life, 3 jars or peanut butter & loads of freebies (including a whole block of cheese – great stuff!).

I’ll definitely be back next January and I’m already excited for the Running Show South in May so if you’ve been on the fence about going along just give it a go – you wont regret it! you don’t need a running club or anyone to attend with – everyone gets a warm welcome!

Oh… and my last piece of advice… don’t leave your beautiful box of delicious brownies on top of the parking machine when you leave!