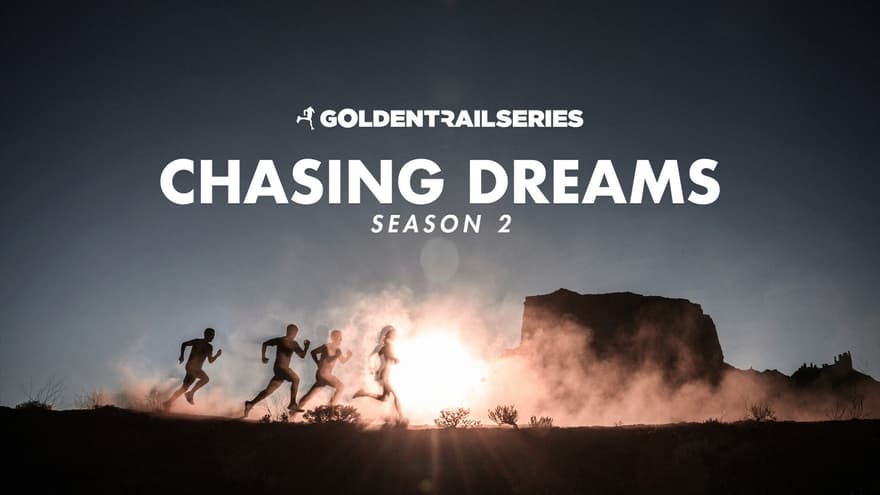 Over 10 million people tuned into "Chasing Dreams" Season 1, the TV series produced by the Golden Trail Series. On 11th January, the first of Season 2's seven episodes will be released, and then one episode every week exclusively on Golden Trail TV. Each episode is available with subtitles in English, French, Spanish, German, or Italian.

A new season starts with the legendary Zegama, teams from all around the globe are joining the circuit. For the first time in the Golden Trail Series, runners from Kenya will take on the mountains with hopes of being as fast as they are on the roads.

From zero-to-hero, this is what happened to rookie Sara Alonso after the first race of the season. See her life change as she rises through the ranks to chase her dream of being amongst the world's best. Japan's most famous trail runner, Ruy Ueda, after having a bad start to the season, will try to adjust his racing strategy at the Mont-Blanc Marathon.

Discover how trail running and nature can have healing powers. Join Australia's Simone Brick on her journey pursuing personal growth. After quitting his job, Polish Bart Przedwojewski missed the first two races of the series. He will start his season in Norway where he will have to battle against the new downhill king, Manuel Merillas.

Nienke Brinkman will try to combine road running and trail running in one season. But is it too ambitious? See how Joyce Njeru, the new Kenyan prodigy from Team Run2gether, is determined to perform at her best in Sierre-Zinal.

Follow the GTWS family as they travel together on a dream trip through the U.S.

Rémi Bonnet, the uphill running specialist, will attempt to break the Manitou Incline record, while some last-minute newcomers might be shaking up the rankings.

The Golden Trail Series season is coming to an end. Fly to trail-running paradise, Madeira Island, for the stage-race final. Manuel Merillas has a good chance of finishing in the top spots, but some of his racing decisions might also take them away. A lot will happen after the first stage.

The rankings are very tight during this 5-day stage race in Madeira, the top spots are almost secured, but to get a spot inside the top ten is the real challenge. Decision-making will be key throughout this final. This year's rookie, Sophia Laukli, will have to make tough decisions to defend her position at the end of this season.

To watch the next season of "Chasing Dreams" head to the Golden Trail website by clicking here.