The Lake is the lightest non-inflatable kayak in the world and is Oru Kayak’s most affordable boat to date. 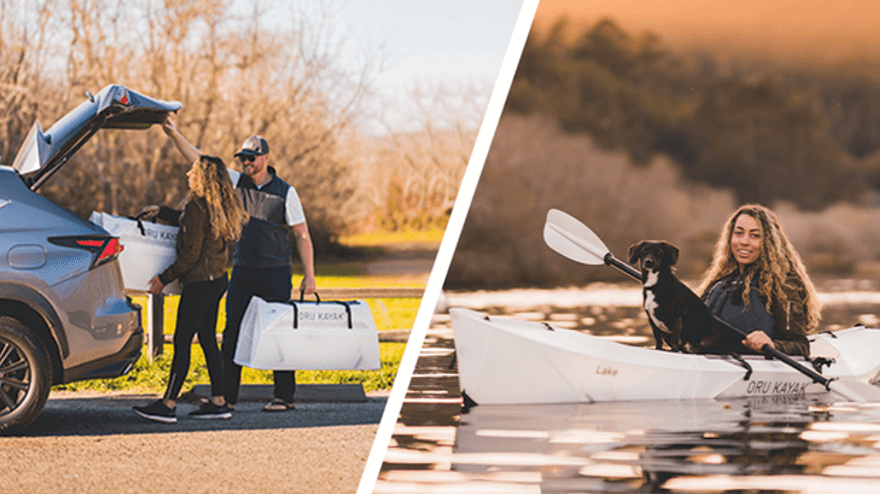 Making waves in the industry

Having smashed its crowdfunding goal on Kickstarter, Oru Kayak’s most ambitious origami boat design is now ready for direct-to-consumer purchase. Composed of only two loose parts, Oru Kayak’s Lake can be assembled in under 2 minutes and weighs just 17 lbs, making it the lightest non-inflatable kayak on the market. Affordability also parallels the Lake’s simplicity. At MSRP £633, the Lake provides an opportunity for more people to own a beautiful, highly functional piece of durable origami design that will provide years of on-water joy.

As with each new boat it develops, Oru Kayak turned to the crowdfunding platform, Kickstarter, to engage their community of paddlers with a presale discount on the Lake. The response was resounding and upon closing their 5th Kickstarter campaign, Oru Kayak had raised $2.25M from 2,614 backers. “This was by far our most ambitious project to date but the overwhelming support we received from our Kickstarter community justified our team’s hard work,” commented Oru Kayak CEO, Ardy Sobhani. “With that in mind, we really pushed on production to make sure backers, and consumers at large, could get their hands on a Lake for paddling season. We had planned to launch the Lake sometime in March 2023, but we had one last surprise up our sleeves,” Sobhani continued. 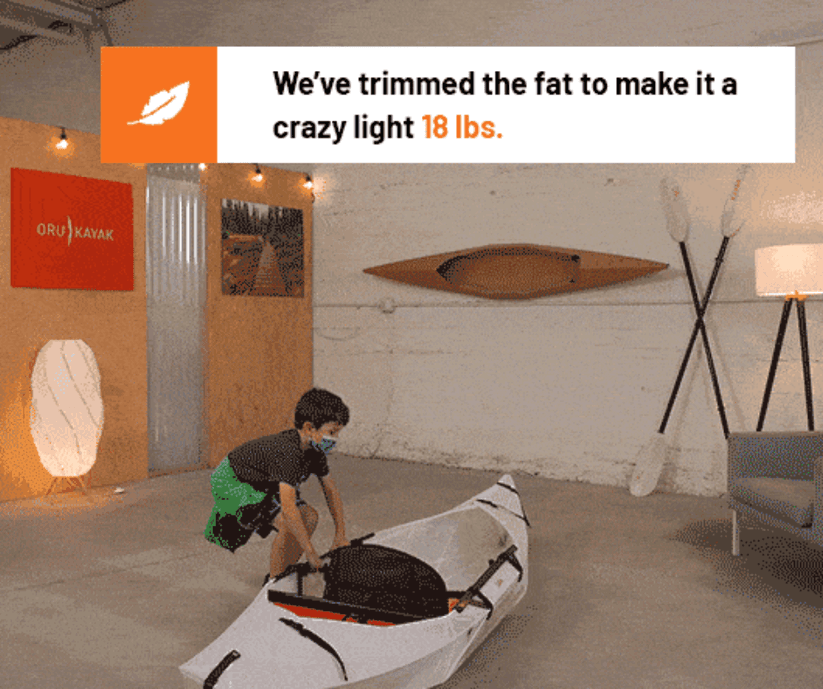 Reduced weight and ease of assembly define Oru Kayak’s Lake model. At 9’ X 32” wide, the Lake has only two loose components: a single sheet of double layered polypropylene which forms the hull and deck of the kayak (as well as the box), and a custom folded floorboard with built-in 18mm memory foam seat. Whereas other Oru Kayak models rely on users to install bulkheads to provide rigidity, the Lake employs an innovative new folded floorboard to create the same structural integrity. With bulkheads, footrests, trim, and individual seat components removed, the Lake weighs an eye-catching 17 lbs – 15% less than the next lightest Oru Kayak model – making it the most lightweight non-inflatable kayak in the world. Regardless of strength or age, the Lake allows more people to transport, carry, and store a fully functional kayak on their own.

In an on-going effort to make on-water recreation accessible to more people, Oru Kayak paid special attention to the Lake’s price tag. At MSRP of £633, the Lake is notably £300 less than the brand’s most affordable kayak, making the Lake the first mass consumer boat Oru Kayak has ever designed and sold. 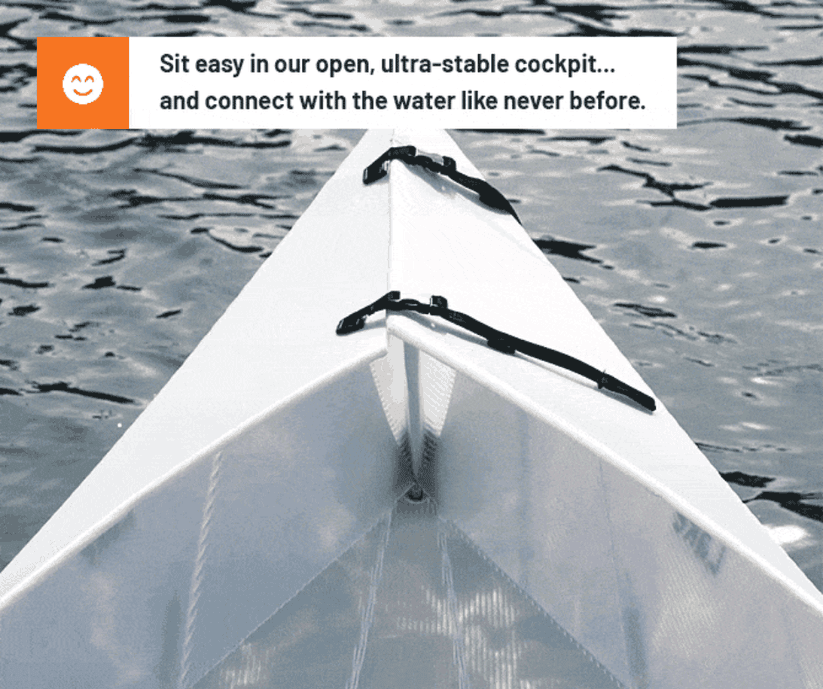 What's the difference between the Inlet and the Lake?

How Portable is The Lake?

Can The Lake really be assembled in 1 minute?

Still don’t believe us when we say the Lake is quick and easy to assemble? Watch as our chief designer, Anton Willis, assembles the Lake in just 45 seconds! The Lake is designed to get you out on the water in no time with zero fuss. 10 years of origami engineering in one elegant boat. 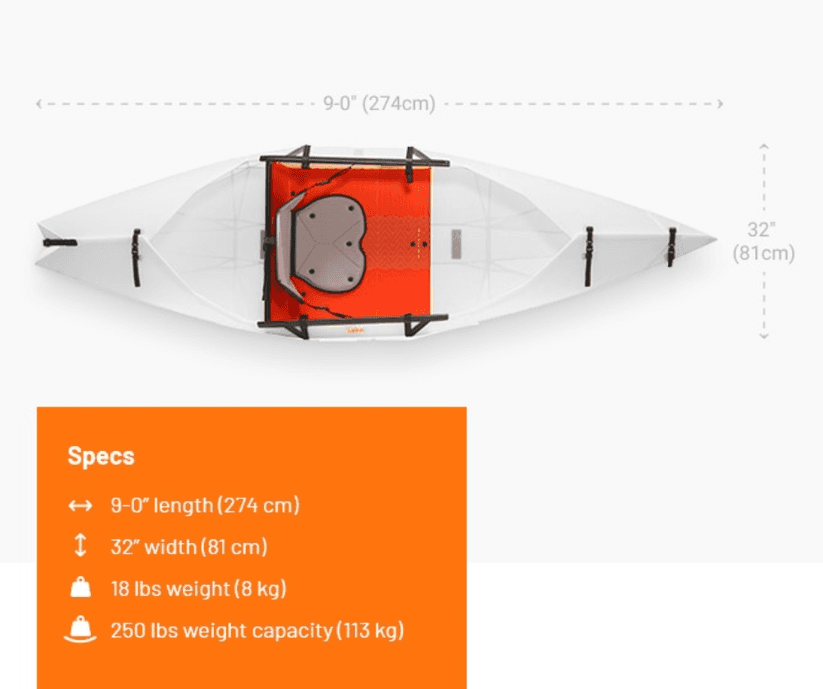 Founded in 2012, Oru Kayak is a leading innovator in the kayaking industry and the first to bring a foldable kayak to market utilizing the principles of origami. Beyond the functionality of its engineering, the Oru Kayak stands apart from the competition for its superb on the water performance, durability, easy assembly, and stylish design. Based in Emeryville CA, Oru Kayak is sold in dozens of countries across five continents including Europe, Australia, Asia and the Americas. For more information visit orukayak.com

Laura Lou Crane - Being an inspiration to my younger self

In this episode of the Outside & Active Podcast, outdoor enthusiast, influencer and model, Laura Lou Crane talks through her love for the outdoors, her experience on Love Island and battles with eating disorders.

ADHD can be both a gift and a curse. Great for out of the box thinking, quick sense of humour, wanting to try new things. But there are oh so many down sides.