Inspirational duo Dave Ellis and Luke Pollard are targeting gold in the PTVI para triathlon at the 2022 Commonwealth Games in Birmingham on Sunday, July 31. 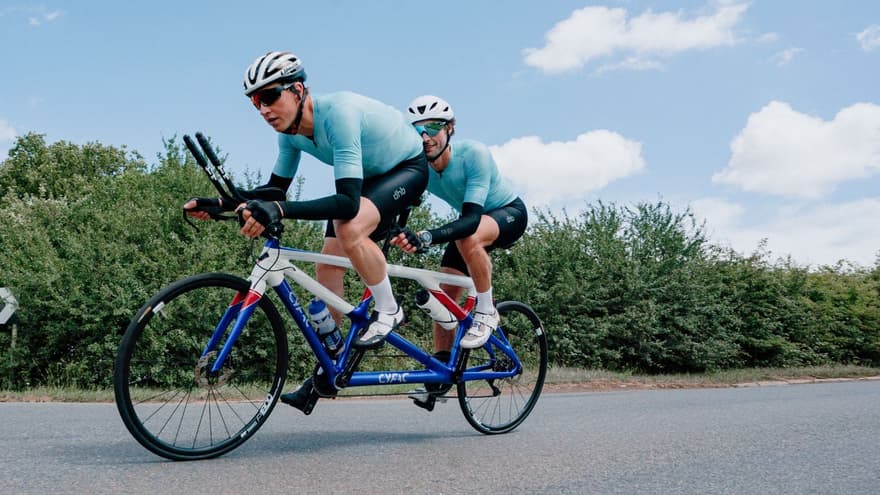 Inspirational duo Dave Ellis and Luke Pollard are targeting gold in the PTVI para triathlon at the 2022 Commonwealth Games in Birmingham on Sunday, July 31.

A snapped chain cruelly robbed the Loughborough-based triathletes of a shot at glory in the Paralympic Games in Tokyo last year.

But after bouncing back and underlining their class with world and European titles, they are now hunting a maiden success at a major Games once again.

Dave, who was diagnosed with Stargardt’s Disease and told he was going to go blind as a teenager, made his Paralympic Games debut as a swimmer at Beijing in 2008.

He then made the switch to triathlon after agonisingly missing out on qualification for London 2012 by less than one tenth of a second.

Five European titles and four world titles later and Dave, who hails from Heanor in Derbyshire, has risen to the pinnacle of his sport.

But the opportunity to push his boundaries, to travel the world and to realise those dreams would not have been possible without the selfless work of his guide athletes.

Luke, who serves in the RAF, was selected to be Dave’s permanent guide in 2019 and since then the pair have become great friends off the course while striking up a formidable partnership on it.

As part of dhb’s recent Unite & Conquer campaign, the Portsmouth-based sportswear brand have documented Dave and Luke’s story in a short YouTube film which you can view below.

It reflects on Dave’s diagnosis, the formation of his partnership with Luke, his hopes for the future of para sport and his message for other people with disabilities who may doubt whether they can break down the barriers or overcome the obstacles that stand between them and the world of sport.

Watch the Don't Hold Back film below

What is PTVI Para Triathlon

As classified by British Triathlon, PTVI Para Triathlon is a classification for visually impaired athletes is conducted through two different organisations, the route you go down will depend on your experience within the sport:

Within both systems athletes are classified as one of the following:

The classification you are given represents your degree of visual impairment and dictates when you start in paratriathlon races. All PTVI classes compete together for a single medal, but they start on a staggered basis so that the first athlete to cross the line is the race winner. Those given a classification as PTVI 1 start the race first and have a time advantage to cater for the fact that they are competing without any sight. The PTVI 2&3 athletes then start together (3minutes 21seconds behind for men and 3minsutes and 48seconds for women).